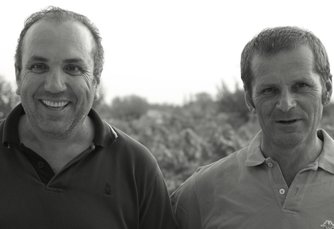 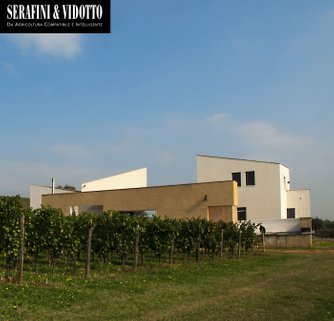 Located  in Nervesa della Battaglia, which lies north-west of Treviso in the hilly appellation Montello-Colli Asolani DOC, SerafinieVidotto was founded in 1986 by the good friends Francesco Serafini and Antonello Vidotto. Oenologist and winegrower sharing a passion for fine wine, a vision of quality and respect for nature. Through preserving the soil, avoiding chemicals and keeping the vine in balance, the highest quality grape material is assured. Yields are low, in average a bottle per vine.

The winery itself is gravity fed, with two stories of cellars below the open courtyard. On the lowest level, the wines are allowed to rest and mature slowly under naturally low temperatures.

The reddish-brown ferric clay soils in the area are well suited to the international varieties Cabernet Sauvignon, Merlot and Cabernet Franc, main grapes of the appellation. With hillside locations providing good draination and sun exposure, winegrowing conditions are optimal.

The flagship of the winery,  "Il Rosso dell'Abazia", is named after the nearby abbey ruins and has received numerous prices since its first edition - including 21 times  the sought-after "Tre Bicchieri" from Gambero Rosso.